During the past sprint, we spent most of our time debugging the devnet with the developed features, including auto-scale up and data transfer, while continuing to work on the remaining features.

Our tests revealed that there are some performance issues with the current implementation of the Suspended Node Data Transfer Mechanism, where a node with a large amount of data slows down the metanode. The improvements are currently being worked on.

We have finished the performance benchmark test with EVM. The nature of EVM itself makes EVM related tx slower than native Stratos Chain tx. Even so, we are still able to achieve 20 times more TPS than Ethereum. It is an average performance when compared to other EVM-compatible chains.

During the EVM test, we also found issues with the Stratos Chain account’s compatibility with the EVM accounts in the current implementation. Our team has already identified the reason and is working on a solution.

Here’s a sneak peek at the Monitor Dashboard UI for the SDS Resource Node. 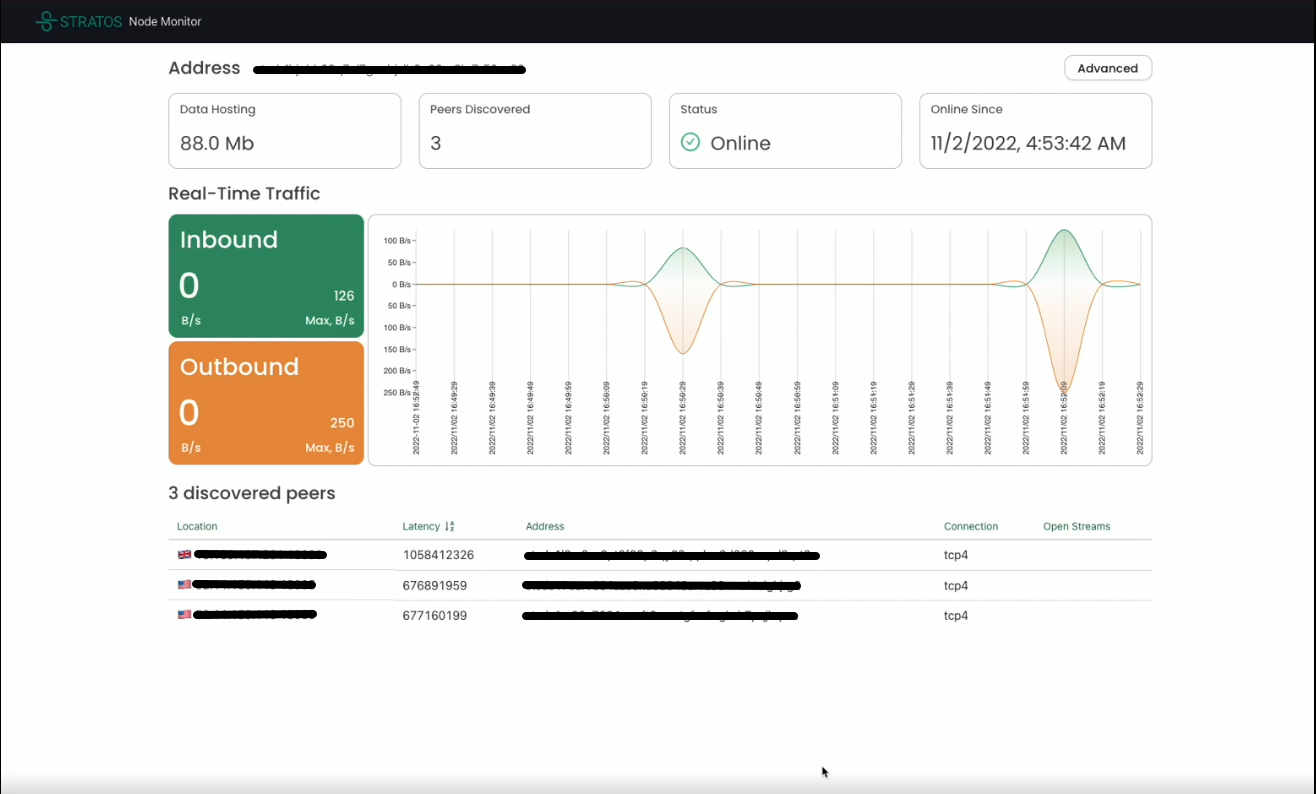 Stay tuned for more info and follow us at: